What You Should Know About Gorillas

It is not possible to generalize the diet of all gorillas. There are two species with two subspecies each, and they all inhabit different areas.

Mountain gorillas spend about a quarter of their day eating mainly leaves and shoots but have also been known to eat snails, ants and bark (a good source of sodium). 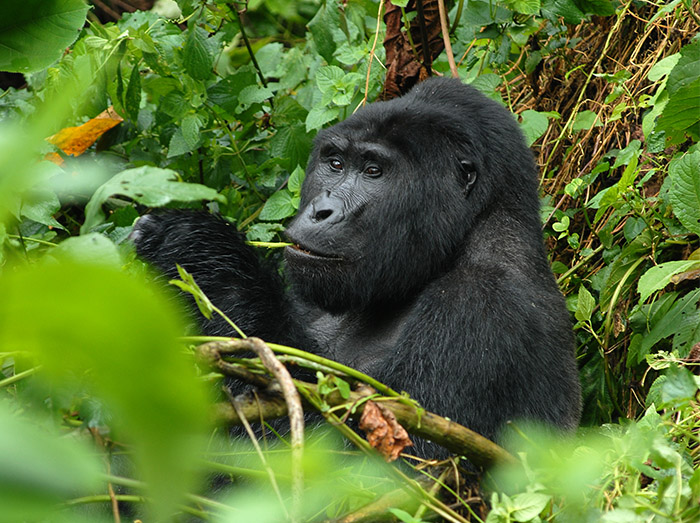 Infants are in almost constant contact with their mothers for the first 6 months and nurse for about 2.5 to 3 years. Although the silverback is the troop’s guardian and can be the most aggressive troop member it can also be patient and gentle with the young.

Gorillas start to crawl at around two months old and learn to cling to their mothers’ backs before learning to walk at around nine months. At four months, they’re experts at grasping their mothers’ fur and can eat and sleep on piggyback.

TOP
Our customer support team is here to answer your questions. Ask us anything!

Tour Consultant
Christine
Available
Hi, how can I help?